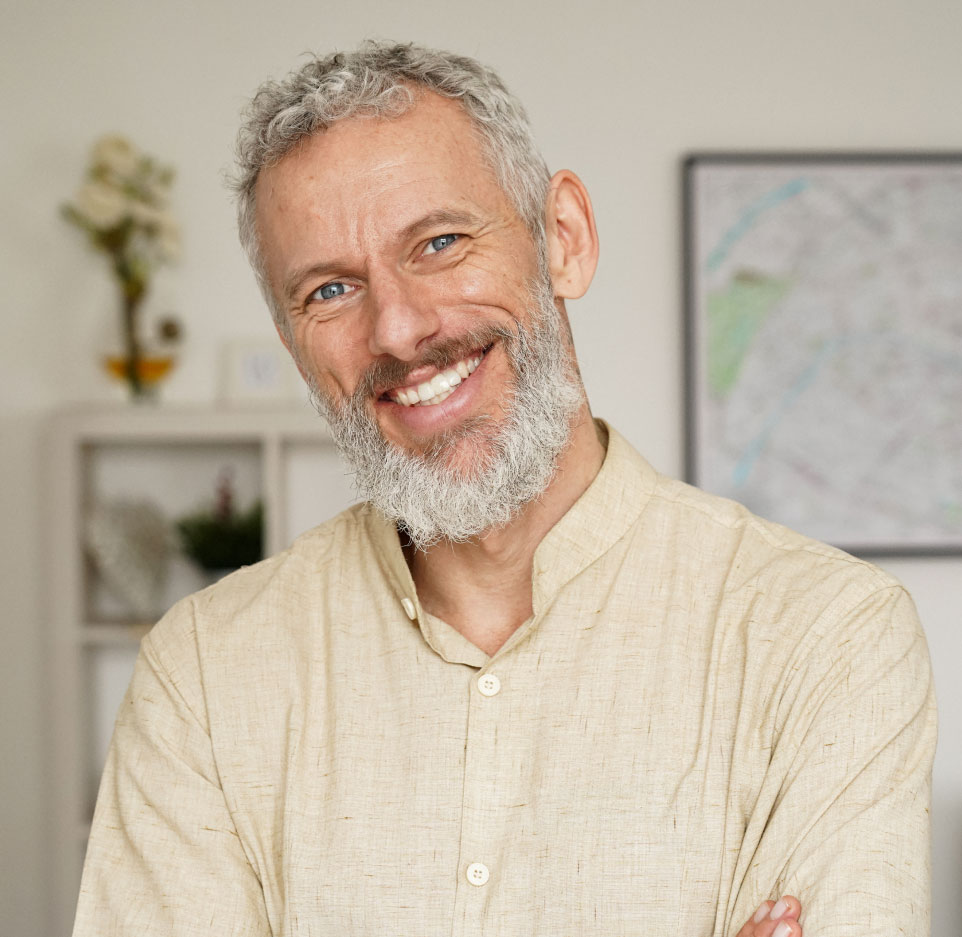 Your Teeth Will Thank You For Coconut Oil

Coconut oil survived being a trend by showing and proving that there are genuine health-boosting factors in using it.

Using coconut to enhance health dates back farther than you may think. Its health-enhancing properties have been the root of many beauty secrets for hair and nails. And it has as well been a dental secret for thousands of years.

Most people are familiar with coconut oil's beauty secrets (skin, nails, and hair). Its health-enhancing properties are a staple among Ayurvedic health practices, including teeth whitening, gum care, and halitosis reduction.

Keep reading to understand how coconut oil can benefit your teeth and gums.

What Is Coconut Oil?

Coconut oil is not only known for its health benefits topically; it can also be ingested and extend its health properties internally. The fruit's edible oil is often labeled as one of the richest sources of plant-based saturated fats.

antibacterial properties of coconut oil can be found in its fatty acids and may benefit oral health. Specifically, monolaurin( a form of lauric acid) and lauric acid are known for their antimicrobial properties.

But, coconut oil used for medicinal purposes predates many modern techniques we recognize today. For centuries it has been a form of Ayurvedic antimicrobial treatment used to further oral care. The process is referred to as 'pulling.' This oil pulling process is thought to be a preventative measure against general dental complications such as bacteria growth which creates a thriving environment for bacteria leading to bad breath and decay.

Coconut oil is familiar enough to be found in local markets, box chains, and even the pharmacy. The selections may be broad, but the overall preferred is extra virgin coconut oil. It has minimum processing and is tastier.

How Can Coconut Oil Contribute To Oral Health?

For the most part, oil pulling is precisely what it sounds like: moving the oil around your mouth in a continuous swish motion, allowing it to coat and slide through the teeth.

The fighting properties of coconut oil are believed to be effective, and the pulling helps prevent plaque from attaching and building upon the surface of the teeth.

Coconut Oil May Remove Harmful Bacteria From Your Mouth.

The leading cause of tooth decay is Streptococcus. S. mutans and Candida albicans are two known oral bacterias that can lead to bad breath, gum disease, and tooth decay. It can also be prevented when applying the health benefits of coconut oil.

A previous study among 60 individuals, at random, showed the effectiveness of coconut oil was significant in terms of bacteria reduction. Pulling with coconut oil for two weeks compared to using a standard mouthwash, whose active antibacterial ingredient is chlorhexidine, showed to be more effective.

A separate study focusing on children between 8 and 12 also showed a reduction over 30 days of practicing oil pulling. The results were similar to a control group using standard mouthwash. This served as another supporting factor that coconut oil pulling is just as effective, if not more, at reducing bacteria like S. mutan.

A particular study showed that 60 participants who pulled with coconut oil for a consistent 30 days had less of the plaque-causing gum condition that causes gingivitis.

At the start of the study, the plaque score was around 68% and showed improvement to 58% by the completion.

Bad breath is common. Medically referred to as halitosis and can be attributed to medications and medical conditions. However, evidence supports that improper oral care is the largest culprit.

Pulling with coconut oil can help with bad breath. The bacterial combatting properties can address the root causes, helping to reduce plaque build-up and rid the mouth of the lingering foods that contribute to a bacteria thriving environment.

The Process of Coconut oil pulling

Pulling with coconut oil is becoming more and more popular as individuals seek natural care alternatives. However, it's not new and dates back thousands of years in India.

It's the same act of swishing mouthwash in your mouth, except you are using coconut oil.

The oil properties, fatty acids, act as a magnet to the plaque and bacteria, attracting and holding onto them.

Idea time to complete oil pulling is before eating and drinking anything in the morning.

Coconut oil pulling should serve as a complement to your current oral hygiene ritual. Continue daily brush, at least twice a day, with fluoride toothpaste and floss. Do not forget your tongue, and it has to be cleaned, as harmful bacteria can accumulate there. Use a gentle tongue scraper to clean.

Other factors that play a role in good oral hygiene include ample water intake and a balanced diet avoiding high sugar intake. Smoking can also be detrimental to your oral health.

This popular trend is an old and proven practice that has effectively practiced good oral hygiene. If you want to know more about the process and how your current oral health can be affected by implementing it into your oral hygiene routine, All Natural Dentistry can assist you with your dental needs. Contact us today for a consultation.

Dr. Amy is wonderful and professional, She did the operation in a perfect and a very comfortable way to me. Thank you, I am really grateful for her and for the great staff RG and Ester.

Dr.Amy by far has been the best ! I’ve had tmj pain for quite some time now. Dr.Amy has done so much for me and is very flexible with my schedule!

My experience center for ceramic brought me into tears dr. Amy Khajavi and her assistant Allie made me feel so comfortable felt like family was working on my teeth to make sure I get my perfect smile. I love you and your team so much can’t wait to come back.

My experience with Dr.Amy was great! She provided me with beautiful results while also ensuring that my experience was as painless and pleasant as possible.

Dr. Mauz was really sweet and took his time doing my filling, ensuring that I was comfortable throughout the process. He cares about his patients and checked up on me a few weeks after my appointment to see how I was doing!

I feel blessed beyond measure to have been able to walk this journey of full mouth reconstruction with Dr Amy and her team. They have high standards for professionalism and care. I am forever grateful for what this has done for me in my life.

An absolute WOW experience!
I have been looking for a biological dentist since I moved to San Diego and I have won the lottery! Dr. Amy's expertise and bedside manner are the best I've encountered. The staff there is always so warm and inviting making each visit a delight. She is generous w/ her time and gave me an in depth explanation of the diagnosis, recommended treatment, and the expected outcome. I live near downtown San Diego and I happily drive the 30 miles to All Natural Dentistry to have Dr. Amy as my doc. You have this patient for life!

I accompanied my husband to San Diego area to get him full mouth implants.

I fully trust her work, judgement, experience, and passion for helping people.

All the services are included in the original pricing, no surprise additions.

Why our patients love us

Let All Natural Dentistry Be
Your Trusted Dental Clinic

Dr. Amy Khajavi,
we make it our priority to deliver
gentle compassionate care
that you deserve.

Call Us Now For An Appointment